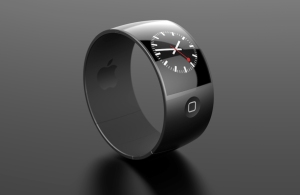 This, ladies and gentlemen, is what’s called Clickbait. It’s a genetically modified article title that is designed to peak your interest. You’ve probably seen them all around your feeds. “You’ll never believe what happens after ___ (fill in the blank)” or “The NSA has a new secret that is right in front of your face.” These are so real that there are generators that can create them.

We’re all guilty of taking the “bait” every so often and if you clicked this article, like the curious cat you are, looking for some new detail about the iWatch that will blow your mind…you might be disappointed. But since tomorrow is the big Apple event, I thought that I would take the time to make my predictions for the upcoming quarter in technology. Because there is nothing more rewarding than saying you were the one that called it.

If there is one truth in the world of technology it’s “if it ain’t broke, don’t fix it” which is why if you’ve ever seen people at Costco or Home Depot navigate their point of sale systems, you might think you’ve traveled back in time to the late 80’s. Why are they using these blatantly old ordering systems that look like MS DOS? Because the system works. There isn’t much of a reason to reintegrate an entirely new network because things work just fine as they are. You will also notice that most operating systems have stayed relatively the same over the last 10 years. Yes, there are features and notable differences, but on the whole Windows XP is not too much different from Windows 8, and likely Windows 9.

No one understands this principle more than Apple. It’s no coincidence that they are currently the most valuable company in the world, at least as far as the stock exchange is concerned. Apple figured out a great operating system for their iPhone line and they have literally kept it the same for the last 10 years. The hardware has slimmed, the weight has gone down, and every iteration is just a bit bolder, but it’s the same phone. It’s probably the biggest frustration with iPhone users. The iPhone 6 is not that much different than the iPhone 4 and there are 4 different models in-between them. How can they afford to do this?

Well, aside from the golden rule of “if it ain’t broke, don’t fix it,” Apple happens to be in one of the greatest positions of any company. It’s uniquely positioned as a high-end hardware and software developer that is used by celebrities, artist and professionals alike. It has a brand that carried more loyalty than most religions, and frankly, no one can really stop them. All of Apples competitors will say “we can do the same thing but cheaper.” But Apple could care less about costs. Apple isn’t Fossil, it’s Swatch. It doesn’t need to be cheap. The fact that it is expensive is half of the reason people buy it in the first place. People are proud of their Apple products. They show them off and gloat about them. Even when Apple makes a mistake, it’s a mistake that people likely embrace. Compare that to Microsoft who has made several mistakes and is relentlessly lampooned for it. Apple has made its name synonymous with Beauty and Innovation. Not many companies can claim such a luxury.

My Prediction for the iPhone 6:

So with that being said, what will be unveiled tomorrow? A bigger iPhone 5. It will not be any of the lucrative design changes that have been thrown together by hopeful Mac-heads. It will be what the iPad mini was to the iPad, but in reverse. It will likely have some bells and whistles that will be the main focus of the event, but this is not going to be a departure from the tried and true iPhone that people have come to love and embrace. They will focus on the dubious combination of NFC and iBeacons, they will expand on their 64 bit technology, more things Siri can do and more things you can do with your fingerprint. But make no mistake, its just a bigger iPhone.

My Prediction for the iWatch:

One of my biggest qualms with Apple is actually not the iPhone, it’s the iPad. And it’s not even that fact that iPads exist but how many of them exist. iPads sold like hotcakes, and I could never understand why. They weren’t as good as computers, and they weren’t as good as cell phones and they weren’t as good as e-readers. They were just big toys. They are just big toys. Now, they’ve finally died down in sales, but my prediction is that the iWatch is going to be the new iPad. People don’t know why they want them, but they want them. They will be the gift of the holidays. People will buy them until they sell out and then buy some more. You’ll start to see everyone with iWatches. At first everyone will be using them because they need to vindicate their purchase, but then they will just wear it because…well… it’s an iWatch. Then, much like iPads, they will become toys. Not serving a real purpose because there isn’t much of one in the first place.

Ironically, the person that the iWatch is targeted to most is someone like me- a tech-savvy, twenty- something who is addicted to my phone. It should be the perfect appendage to my cell phone. But I’m also an adult, and I understand that the only reason I would ever get something like that is if it was cheap and really blew me away. No smart watch will ever do that (at least right now).

The Apple event tomorrow will be much like they’ve always been- overly-hyped features on a very familiar device. If you’re happy in the Apple ecosystem and have anything older than an iPhone 5 I’d say that you’ll probably like the iPhone 6. And if you’re a tech-savvy, twenty-something and want to flash some sexy new hardware on your wrist, the iWatch should be right up your ally. But if you’re a regular person, just remember that this event is just a hardware event. It’s just a fun new piece of gadgetry and will assuredly make the market more competitive. Just be careful to steer clear of any sheep herds in electronics. It’s just a money trap.